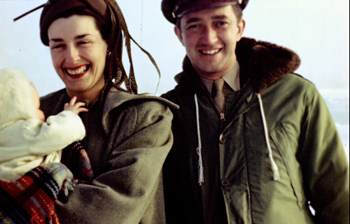 Showing:
Varsity 4 - Thu 12:10 pm (4/6)
Varsity 3 - Fri 6:40 pm (4/7)
Varsity 4 - Fri 9:10 pm (4/7)
Varsity 4 - Sat 12:10 pm (4/8)
Varsity 4 - Sun 6:10 pm (4/9)
Varsity 4 - Mon 09:40 am (4/10)
Did you know that at the height of the Cold War, a B-52 bomber loaded with two thermonuclear bombs crashed 90 miles from Washington DC? Details about the crash are still classified, but evidence suggests that it could have been prevented had Air Force officials followed their own safety protocols. Buzz One Four investigates this crash and other cold-war nuclear-weapons accidents and leaves us wondering if the United States was actually in greater danger of nuking itself or being attacked by the Russians. But more than a chronicle of this ill-fated flight, this is a family story about filmmaker Matt McCormicks grandfatherthe pilot of the planeand features his beautifully-shot home movies. 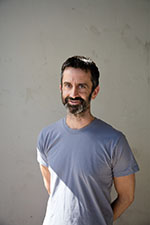 The crash of Buzz One Four is a story that I grew up with, but didnt truly comprehend the severity of until I randomly googled it decades later as an adult. I had known the harrowing story of my grandfathers crash, but I had no idea about the larger implications of the incident. Nor did I understand just how aggressive, and at times irresponsible, our countrys efforts were during those times. The film is half historical documentation and half family portraitperhaps the most difficult aspect of the film was finding the balance between the personal and the informative aspects of the project.
Back To List