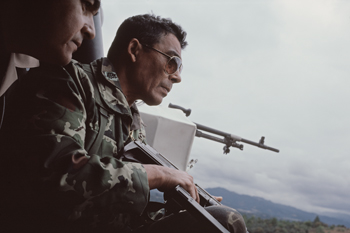 Showing:
Varsity 5 - Fri 6:30 pm (4/7)
Varsity 5 - Sat 12:30 pm (4/8)
Varsity 4 - Sun 12:10 pm (4/9)
Thirty years ago, Guatemala was engulfed in an armed conflict during which a genocidal scorched earth campaign by the military killed nearly 200,000 Maya people, 45,000 of them disappeared. Granito: How to Nail a Dictator is a story of destinies joined by Guatemalas past and how a documentary film intertwined with a nations turbulent history emerges as an active player in the present. Characters sift for clues buried in archives of mind and place, seeking to unlock the past and settle matters of life and death in the present. They piece together a narrative of wrongs done and justice sought, each adding a granito, a tiny grain of sand, to the tale. Subtitles

This is the second film in Skylights Resistance Saga, which also includes When the Mountains Tremble and 500 Years. 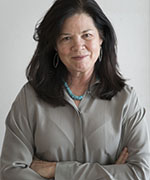 For me Granito: How to Nail a Dictator is a second chance to help right a terrible wrong. Id always asked myself, did I do enough to stop the violence in Guatemala? Was making When the Mountains Tremble sufficient? By 2011, we knew that hidden in the war was a genocide the Guatemalan military dictators committed against the Mayan people. None of these war criminals had ever been brought to justice. The anger I felt towards those Generals was almost unbearable. 25 years later, When the Mountains Tremble and all the outtakes were being used as forensic evidence in an international genocide case against General Ríos Montt who appeared in my original film and my latest, 500 Years.
Back To List