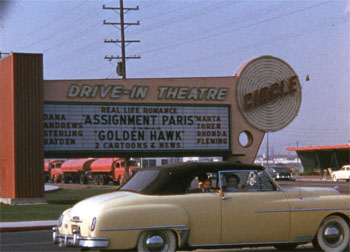 A truly experimental documentary that visually traces the changing city of Los Angeles from the 1920s through the 1960s, showing how its landscape expresses an almost infinite collection of mythologies. Made from home movies and studio-produced process platesbackground images of the city shot by studio cinematographers for rear projection in feature filmsthe film depicts places, people, work, and daily life during a period of rapid urban development. Audience members are encouraged to share observations and memories during the screening of this silent film and contemplate the life and growth of Americas preeminent Western metropolis as the sum of countless individual acts.

I work with films that few people have ever seen to daylight histories that few remember. Since 2004, I have made 21 films, 15 of which are distinctly different iterations resulting from long-term engagements with the communities and histories of San Francisco and Detroit. While several of my films are intended to be viewed in silence and darkness, most are what I call urban media interventions, produced to be shown before active audiences who talk their way through the film and transform screenings into unscripted, unique events specific to their place, time, and positionality.