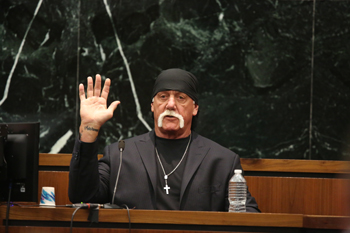 A headline-grabbing trial about a Hulk Hogan sex tape and the website Gawkers posting of it online pitted privacy rights against the First Amendment. It also put Gawker out of business, bankrupting its founder, Nick Denton. But the sensational case revealed something even scarier how billionaire Peter Thiel financed the plaintiff , effectively silencing speech with which he disagreed. From Donald Trumps attacks on the press to the secretive purchase of the Las Vegas Review-Journal by casino magnate and large-scale Republican donor Sheldon Adelson, Brian Knappenbergers latest film examines threats to our free press and the limits sought on the publics access to the news. 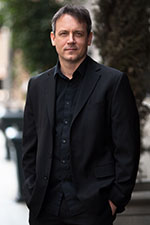 The legal battle between Terry Bolleabetter known as Hulk Hoganand Gawker Media was alternately salacious and highly principled, though you could never quite tell when it would be either. It was already set to define critical First Amendment and privacy concepts for the digital age even before the staggering $140 million verdict that bankrupted Gawker or the revelation that Silicon Valley venture capitalist Peter Thiel was bankrolling Hogans case. Soon, it was impossible to separate courtroom events from the contentious political debate of 2016. The rise of Donald Trump, fueled by his relentless attacks on the press, made the film about much morethe role of a free press in an age of inequality.
Back To List