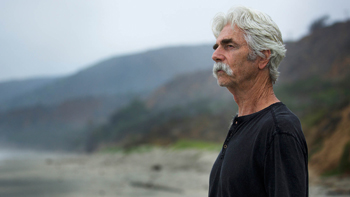 Sam Elliott gives a tragicomic tour-de-force performance as Lee Hayden, a Western star, whose best work is long behind him. While filling his days smoking too much weed with his former co-star turned dealer (Nick Offerman), Haydens life takes a sharp turn when he is diagnosed with cancer. He unexpectedly finds himself in a new romance with a younger woman (Laura Prepon) and attempts to reconnect with his estranged daughter (Krysten Ritter), all while seeking one last great role. Also starring Kathrine Ross. 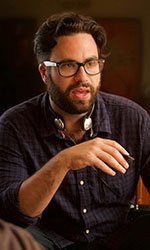 Sam Elliott and I became friendsfamily, evenwhile on tour together for my first film Ill See You in My Dreams. Sam has always been an icon in some way, shape, or formthat voice, that mustache. Everywhere I went with him people would ask him for his autograph. At an AARP convention, it was like doing a Q&A for a room full of teenage girls with Justin Bieber. But he hasnt had the same opportunities to be a leading man as other actors from his generation. He told me for a while there I could only get work if I was on a horse or a motorcycle. Sam was so much more to me than a man on a horse. I was inspired to create a film that centered around the Sam that I knew and loved. My goal was simple: 90 minutes of Sam Elliott.
Back To List