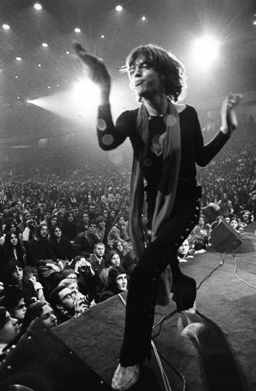 
The landmark documentary about the tragically ill-fated Rolling Stones free concert at Altamont Speedway on December 6, 1969. Only four months earlier, Woodstock defined the Love Generation; now it lay in ruins on a desolate racetrack six miles outside of San Francisco.

Before an estimated crowd of 300,000 people, the Stones headlined a free concert featuring Tina Turner, The Jefferson Airplane, The Flying Burrito Brothers and others. Concerned about security, members of outlaw biker gang The Hell's Angels were asked to help maintain order. Instead, an atmosphere of fear and dread arose, leading ultimately to the stabbing death of a fan. What began as a flower-power love-in had degenerated into a near riot; frightened, confused faces wondering how the Love Generation could, in one swift, cold-blooded slash, became a generation of disillusionment and disappointment. December 6, 1969: "the day the Sixties died." [language, violence]