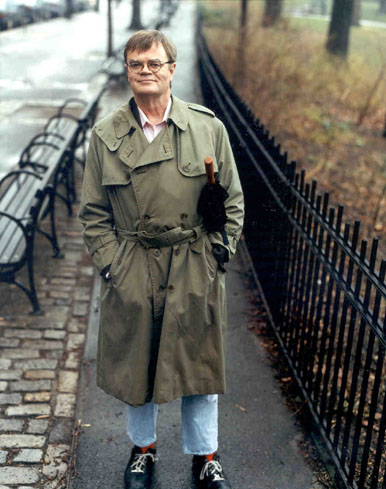 Showing:
Armory - Sat 9:30 AM (4/4)
Varsity 1 - Sun 9:30 AM (4/5)
America's foremost humorist and commentator, Garrison Keillor, takes his skits and jokes, music and monologues across the country in his traveling radio show, spinning his stories into
American gold. Travel with Keillor to small towns and big, going behind-the-scenes of America's most popular radio show, NPR's A Prairie Home Companion, for an intimate and spontaneous look at the private man in the public spotlight.

Over one year of filming has resulted in an unusual portrait that cannot be defined by the standard terms of chronological biography- the subject himself is an enigma, and the fictional world he has created has become a real place in America. The free-form film follows the beloved humorist and storyteller as he mingles fact and fiction to create one of America's favorite places, Lake Wobegon. Featuring music by Jerry Douglas.