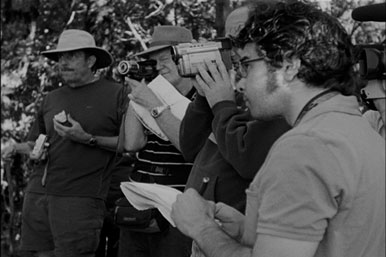 
Lone Wolf will also play with The Most Dangerous Man in America: Daniel Ellsberg and the Pentagon in our TBA: 2 spot at 12:20p on Monday, April 12th!

On July 8, 2005, blogger and activist Josh Wolf filmed an anti-G8 protest that turned violent and a police officer was injured. After selling his edited video footage, Josh was subpoenaed by a federal grand jury. Josh refused to be the government's informant and was jailed for 226 days. The film examines Josh's current journalism job and his past as a jailed blogger who struggled to get the media establishment to acknowledge that he is a legitimate journalist.