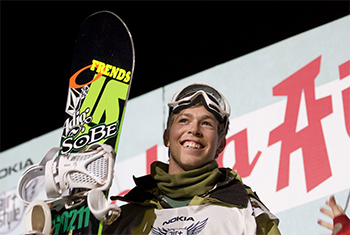 Kevin Pearce, the American snowboarding champion, is preparing for the 2010 Vancouver Winter Olympics when he takes a hard fall. His buddies rush to the scene, finding him unconscious and bleeding. Kevin is airlifted to a hospital where doctors scramble to save his life. When he finally wakes up, it is only the beginning of a long road. Recovering from traumatic brain injury is a lifelong endeavor and Kevin works passionately to get his mind and his body back to what they once were. The love and support from his family propels Kevin forward, but their resolve is tested when he insists on returning to the sport he loves, though even a small blow to the head could kill him. This profoundly moving portrait of an extraordinary family confronted with a devastating injury raises the question, how much risk is too much? [mature]
Back To List