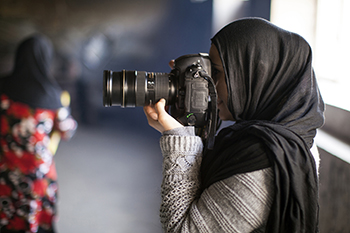 Under the Taliban regime in Afghanistan, taking a photograph was a crime. After the US invaded, the media ban was lifted. This astonishing documentary follows four photojournalists as they reclaim the right to show and tell the story of their country. As foreign troops and international media withdraw under the looming threat of civil war, these four intrepid photo- graphers navigate an emerging, yet dangerous media landscape. Through intimate interviews, secret archival footage, and powerful pictures of the struggles of everyday Afghan people, the film portrays the courage of these journalists as they endure the realities of building a free press  and reframing Afghanistan  for the world and for themselves. [mature, subtitles]
Directors Statement: Alexandria Bombach, Mo Scarpelli 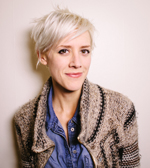 Media coverage of Afghanistan often reduces it to a wartorn region, wrought with suicide bombs, political corruption, and Islamic fundamentalism. But we knew there had to be a much more human story. We traveled to Afghanistan in 2012 in search of a story about perception. In Kabul, we met four incredible local photojournalists whose own truths inform their will to take ownership of Afghanistans story. They reveal a humanness rarely captured by foreign media. Through their lenses, we show a unique view of life in the country today and the issues Afghans face as they stand on their own.
Back To List