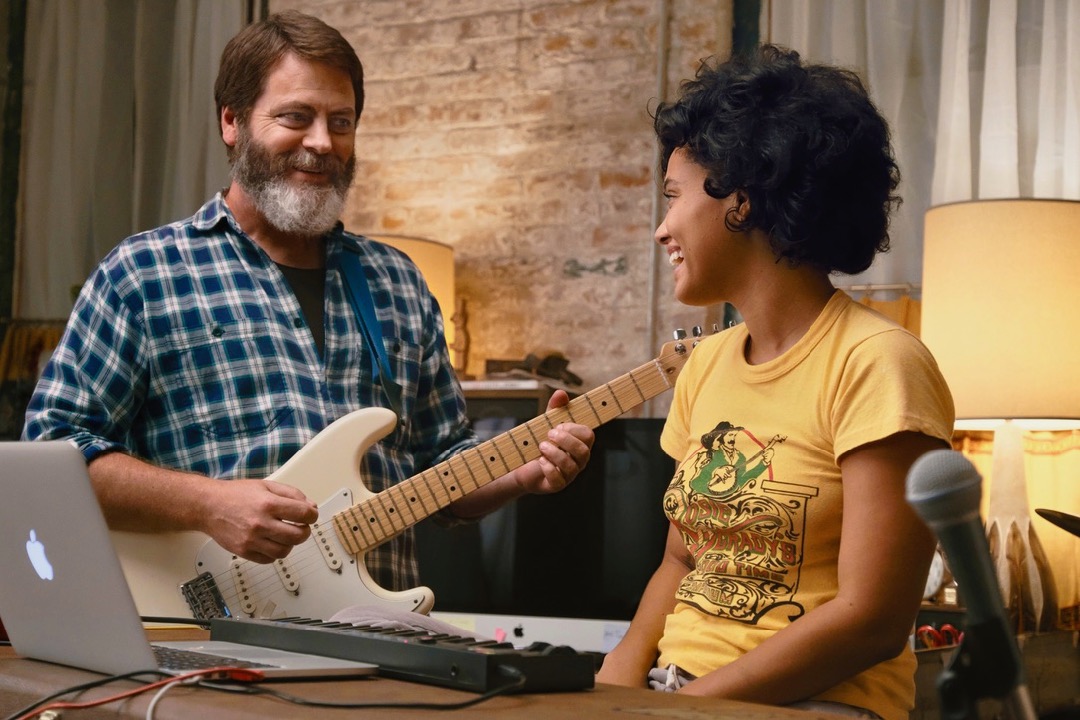 Frank (Nick Offerman) runs a record store in Red Hook, Brooklyn, but as he prepares to send his over-achieving daughter, Sam (Kiersey Clemons), to UCLA pre-med, he understands that he needs to get a “real” job. Frank is a widower whose wife was killed in a bicycle accident. Frank and Sam regularly visit the site of her death—a telephone pole still strewn with memorial flowers. Frank and Sam froze in place after that, but Sam is now ready to move on to the rest of her life and she wants Frank to do the same. Complicating things during their last summer together, Sam falls in love with Rose (Sasha Lane), Frank flirts with his landlady Leslie (Toni Collette), and Frank and Sam write and record a lovely song that becomes an unexpected hit on Spotify. 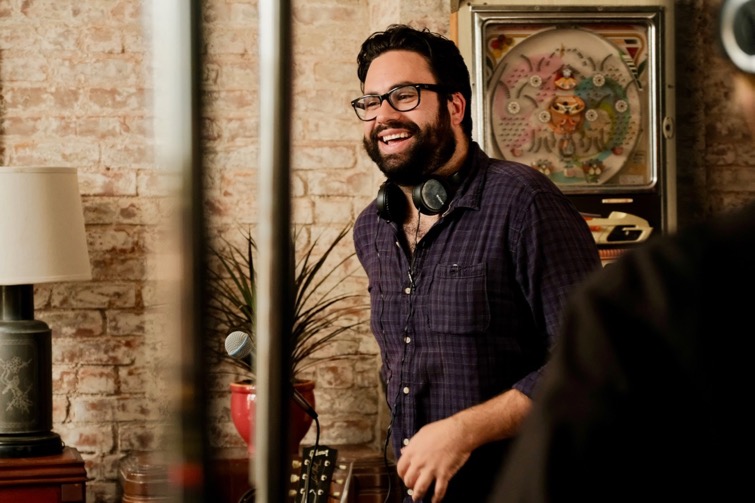 Hearts Beat Loud isn’t exactly a musical. But it’s the kind of musical I’ve always wanted to make—one in which the songs are grounded in real-life situations. There’s no breaking out into random song and dance, but the story is still told through songs and through the musical beats of the characters writing, rehearsing, recording, and performing those songs. Music is the mode of communication for these characters, the language they know and speak best. Given the level of anxiety in the world right now, it was very important to me to make a film that makes people feel good and that reminds them of the simple goodness in the world and in ordinary life.
THANKS TO OUR SPONSORS