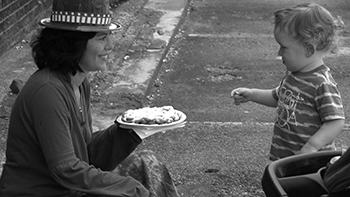 Feature
90 minutes
2014
Director(s): Thom Southerland
USA, Bulgaria
proudcitizenthemovie.com
Thu 9:10 PM Varsity 4 RUSH
Fri 12:10 PM Varsity 4 RUSH
Sat 09:40 AM Varsity 4 RUSH
Sun 3:10 PM Varsity 4 RUSH
Mon 12:10 PM Varsity 4 RUSH
Mon 6:10 PM Varsity 4 RUSH
Synopsis
After winning second place in a playwriting contest, Krasi travels from her home in Bulgaria to Lexington, Kentucky, for the premiere of her auto- biographical, Communist-era play, Black Coat. Expecting to be entertained by Southern hospitality, she finds herself alone and stranded in her hotel just off the interstate. Attempting to discover America on foot, she befriends a collection of interesting strangers along the way. This charming film has the feel of an intimate documentary with its clever use of local people and locations. Sometimes funny, sometimes heartbreaking, the film is a meditation on culture shock, disappointment, the comfort of strangers, and the joy of funnel cakes. 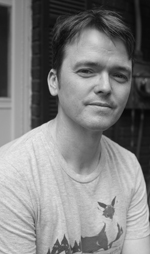 Director’s Statement: Thom Southerland
After a few years of keeping my documentary and narrative work separate, I decided to combine the two after hearing a woman’s foreign accent on the radio one day while driving to work. Katerina Stoykova-Klemer’s voice on her weekly radio program about arts and culture in Lexington, Kentucky, inspired a collaboration between the two of us. My previous work had been very controlled and tightly scripted. But for this project we tried to make a film as spontaneous and mysterious as life can often be. We shot 50 hours of unscripted footage and I spent over a year piecing together a narrative. The story was shaped by Katerina’s real-life history, and the tone of the film was influenced by many of her poems.
THANKS TO OUR SPONSORS