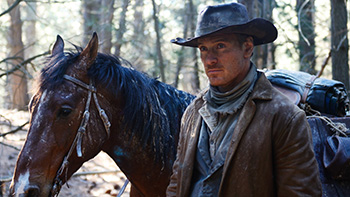 Feature
84 minutes
2015
Director(s): John Maclean
United Kingdom, New Zealand
Fri 3:20 PM Varsity 2 RUSH
Sat 9:20 PM Varsity 2 RUSH
Mon 12:20 PM Varsity 2 RUSH
Synopsis
This contemporary take on the traditional western tells the story of naïve 16-year-old Jay Cavendish, a Scottish aristocrat, on his quest to find his former lover in the dangerous American West of the late 19th century. He meets up with Silas (Michael Fassbender), a gritty, mysterious traveler who, on discovering that there is a bounty for the girl in question, agrees to protect Jay — for a price. Together, the two navigate the vast, untamed frontier while attempting to stay one step ahead of a dangerous posse. Jay soon learns that the West takes no pity, least of all on the innocent. [mature] 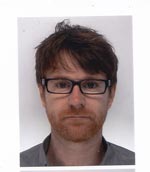 Director’s Statement: John Maclean
After graduating from art school, I formed The Beta Band with a couple of friends. I made many of our music videos, which were very DIY, and were a great training  ground for filmmaking with little to no budget. Writing this script was a challenge with many dark days of doubt. The research came mostly from authentic accounts and other writings from the Old West. We didn’t want to look at any mythmaking stuff. I didn’t even really look at Westerns if I could help it. Editing was a reflection of the writing process. Sandwiched in the middle was the shoot, which everyone told me would be stressful and difficult — in fact it was wonderful.
THANKS TO OUR SPONSORS