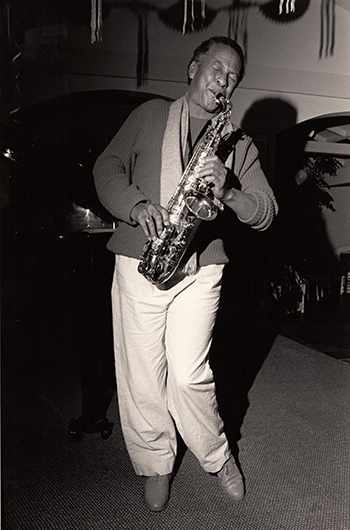 Documentary
84 minutes
2014
Director(s): NC Heikin
USA
thefrankmorganstory.com
Sat 9:00 PM Armory
Synopsis
Frank Morgan was one of the great alto sax players of all time, but for much of his life, if you wanted to hear him play, you had to go to prison. This soulful portrait uses evocative archival material, including interviews with the late musician, and new commentary from friends and admirers to tell the story of Morgan’s life as a talented prodigy turned drug addict and criminal. Doing time at San Quentin, he formed a band with other prisoners and played some of the best music of his life during concerts for inmates and visiting audiences. A tale of jazz and redemption framed by an all-star tribute concert at San Quentin, featuring Ron Carter, Delfeayo Marsalis, and Frank’s brilliant young protégé, Grace Kelly.

Director’s Statement: NC Heiken
With my background in musical theatre, I have great respect for the power of music as a conduit of emotion. In Sound Of Redemption, Frank Morgan’s music eloquently expresses the self-inflicted pain and ceaseless search for beauty that are the themes of his life. The San Quentin tribute concert wholly reflects him. We went to the very place he spent so many years, played in the very place he used to play, and brought his musical story to the very same sort of men he used to play for. What started as a type of recreation became a resurrection.
THANKS TO OUR SPONSORS