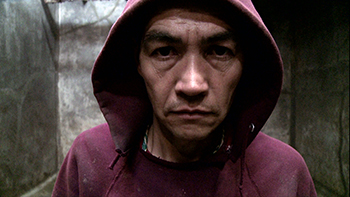 Short Documentary
29 minutes
2013
Director(s): Gabriel Serra
Mexico
Sat 3:00 PM Armory
Synopsis
Efrain, known as The Reaper, has worked at a slaughterhouse for 25 years. He is the man who kills the bulls, day in and day out. More than just a graphic look at the inner workings of a Mexican slaughterhouse, this is a stunning meditation on death and the struggle to live, as seen through the eyes of this taciturn man whose experiences would be unimaginable to most. [mature, subtitles]

Director’s Statement: Gabriel Serra
I met a young man who used to work as a butcher. A picture came to mind, a million head of cattle and millions of humans eating them — a metaphor for Mexico City. I saw myself reflected in Efrain, “The Reaper,” because he is a mediator between life and death. I wanted to make a documentary about this process of death as an occupation and how it is linked consciously and unconsciously to our lives.
Playing with ...
Crisis Hotline: Veterans Press 1 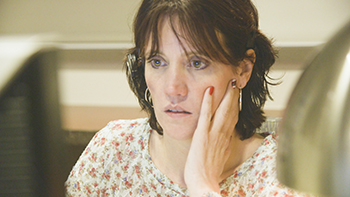 Short Documentary
40 minutes
2013
Director(s): Ellen Goosenberg Kent
USA
hbo.com/documentaries/crisis-hotline-veterans-press-1/
Sat 3:00 PM Armory
Synopsis
Since 2001, more veterans have committed suicide than have died in combat in Iraq and Afghanistan — casualties of the psychological wounds of war and the challenges of returning to civilian life. This powerful film is a riveting portrait of the people who staff the Veterans Crisis Line in Canandaigua, New York. Open 24 hours a day, 365 days a year, trained hotline volunteers field more than 22,000 calls each month, always with deep compassion for and devotion to the troubled veterans on the other end of the line.

Director’s Statement: Ellen Goosenberg Kent
We wanted to bring attention to the suicide crisis among veterans, to help people understand it better, to offer some ideas about prevention, and also to offer a ray of hope for veterans and their families. Many months of research turned up the hotline, which seemed both immediately promising and ultimately impossible as a place to film. Fortunately, we were able to get access and come up with a way to make it work.
Our Curse 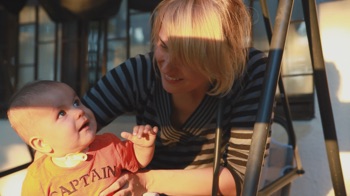 Short Documentary
27 minutes
2013
Director(s): Tomasz Sliwinski
Poland
szkolafilmowa.pl/ourcurse
Sat 3:00 PM Armory
Synopsis
In this unwavering and inspirational personal statement from the film’s director and his wife, we witness the couple cope with their newborn son’s rare and incurable disease. A congenital pulmonary disorder known as “Ondine’s curse” causes their baby to stop breathing when he’s asleep. He will likely need a respirator his entire life. The young parents confront their fears about the enormous responsibility before them and face their child’s — and their own — future with compassion and love. [subtitles] 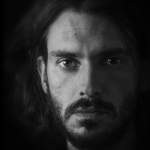 Director’s Statement: Tomasz Śliwiński
Shooting this film helped my family a great deal. Instead of succumbing to depression, we directed our energy into something creative. The story of our family is one of overcoming the worst, and ultimately, of being truly grateful for what we have. In December, Leo turned four years old. He is a cheerful young boy with a wonderful sense of humor, and is doing very well in school.
THANKS TO OUR SPONSORS