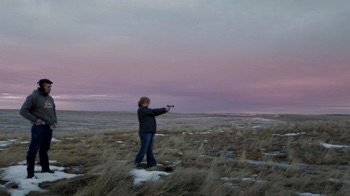 Documentary
86 minutes
2015
Director(s): Michael Beach Nichols, Christopher K. Walker
USA
welcometoleithfilm.com
Fri 9:40 PM Varsity 3
Sat 12:40 PM Varsity 3
Sun 3:40 PM Varsity 3 RUSH
Synopsis
In September, 2012, the tiny town of Leith, North Dakota, gained a new resident when notorious white supremacist Craig Cobb made it his home. Quietly buying up plots of land, he planned to take over the town government and establish Cobbsville as a haven for like-minded neo-Nazis and white supremacists. His attempts to remake the community did not endear him to the people of Leith. How can a small town expel an unwanted troublemaker and threat to the greater good and still uphold essential democratic values and ideals? [language]
Directors’ Statement: Michael Beach Nichols,
Christopher K. Walker 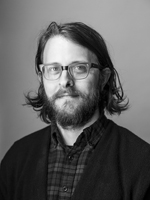 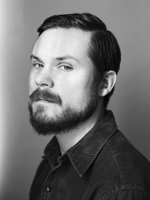 We approached the project in many ways as a documentary version of a psychological thriller — everyone was scared and confused and felt as if one wrong move could end in violence. The tension was palpable. We aimed to capture the sense of fear and isolation that residents living in a town of 24 people, 70 miles from anything, experienced when Cobb made his takeover intentions public. And we tried to get inside Cobb’s head — to objectively capture a very strange and scary moment in time.
THANKS TO OUR SPONSORS