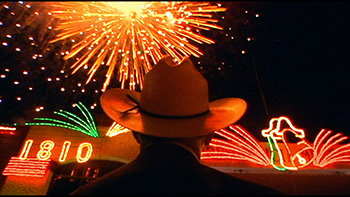 Documentary
93 minutes
2015
Director(s): Bill and Turner Ross
USA, Mexico
rossbros.net
Thu 6:20 PM Varsity 2
Fri 6:20 PM Varsity 2
Sat 12:20 PM Varsity 2
Sun 3:20 PM Varsity 2 RUSH
Mon 12:00 PM Varsity 1
Synopsis
For generations, all that divided Eagle Pass, Texas, from Piedras Negras, Mexico, was the Rio Grande. But now the specter of cartel violence looms from upriver and an indefinite border closing has rippling consequences for the once idyllic sister towns. This film focuses on a fifth-generation cattleman and the longtime mayor of Eagle Pass as they grapple with imminent threats to community safety and traditional livelihoods. Beyond these struggles, a rich and vivid portrait of this corner of America emerges: an aspiring rodeo hero, a spirited bullfight, the vigilance of a retired Border Patrolman at the river — and the kind of frequent and vigorous celebration that’s an indelible part of life on the frontier as the world around it changes. [language]
Directors’ Statement: Bill and Turner Ross 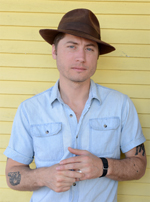 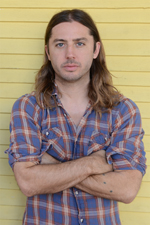 We wanted to make a real-life Western. To seek out those iconic spaces, places, faces that we’d grown up with — that everyone’s grown up with. Who’s the real John Wayne? And what does he look like in his modern iteration? Those Technicolor landscapes — what are they now that the fences and the interstates have been built? Now that the great and mythic landscapes of our collective imagination and real-world history have become one-dimensional talking points of border politics. We went to seek and find. And what we found was a truth far greater and more interesting and romantic than the paint-by-number preconceptions we set out with.
THANKS TO OUR SPONSORS