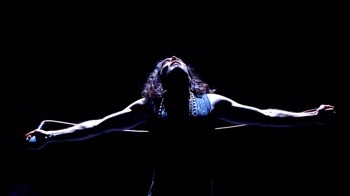 Documentary
118 minutes
2015
Director(s): Ondi Timoner
USA, United Kingdom
brandthefilm.com
Thu 9:00 PM Armory
Synopsis
Comedian, author, and activist Russell Brand (Forgetting Sarah Marshall) dives headlong into drugs, sex, and fame, but soon realizes that pop culture only offers him bad ideas and empty idols. He evolves from a superficial Hollywood star and addict to a political disrupter and unexpected hero to the underserved. Through his stand up comedy routines, Brand explores his true icons: Gandhi, Che Guevara, Malcolm X, and Jesus Christ! He advocates for a complete dismantling of the status quo of capitalism and centralized political power. This bold, funny, insightful film explores the contradiction between Brand's clarion call for revolution and his desire to transcend fame. 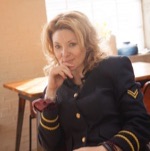 The most challenging aspect in making this film was that Russell Brand is an incredibly present individual so wherever he is, is where he is. Getting him to plan anything other than that is quite difficult. Russell is also an incredibly complex person which is partly what drew me to him in the first place: that he is contradictory in many ways, as are many of the subjects in my past work. Russell seems like he is very much an open book, but after working with him I found him to be a very private person, and making this documentary was very difficult for him. As we continued to shoot, it became evident that he wasn’t prepared to be documented to the extent that I felt necessary to tell his inspiring and intimate story. Through thick and thin we got there in the end, and I hope that looking at Russell's remarkable transformation in this film will convince audiences — especially young people — to avoid some of the rabbit holes Russell went down. Russell would rather look forward, not backwards, and he would tell me often that living his life was painful enough the first time round, he had no real need to relive it. I think the film will be transformative and cathartic for many people, and I hope the film will be cathartic for Russell as well.
THANKS TO OUR SPONSORS