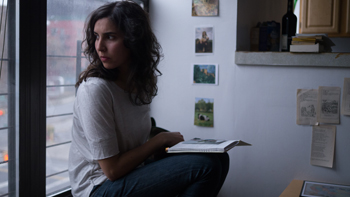 I moved to New York with no intention of making films there. It took four years to build in the context in which it would be possible and exciting for me to shoot outside Buenos Aires. In the series of films I have been developing since 2010 around the female roles of Shakespeare’s comedies, changes and continuities are a vital part of its structure. The project is a game of variations. I realized that the change of territory that I experienced in my life could be an axis for one of these films. In order to accentuate it, I thought it was important to also shoot in Buenos Aires and produce this dance movement between one place and the other.