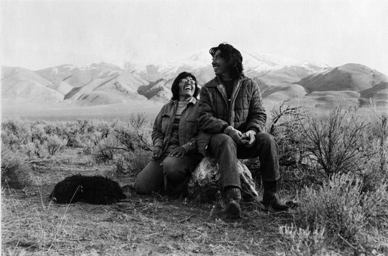 Carrie and Mary Dann are feisty elderly Western Shoshone sisters who live on their Treaty homeland in north central Nevada. Like most Western ranchers, they graze their livestock on the open range outside their ranch. That range is part of 60 million acres recognized as Western Shoshone land by the U.S. in the 1863 Treaty of Ruby Valley. In 1974 the U.S. sued the Dann sisters for trespassing on U.S. Public Land without a permit. That set off a dispute between the Dann sisters and the government that swept to the U.S. Supreme Court, then eventually to the United Nations.
Besides lawsuits, there have been five terrifying livestock roundups by armed federal marshals in which more than a thousand Dann horses and cattle were confiscated. The BLM accuses the sisters of degrading the land. The Danns say the U.S. wants the resources hidden below their Mother Earth. Shoshone land is the second largest gold producing area in the world. Contrasting the Dann sisters' personal lives with their political actions, American Outrage examines why the U.S. government would spend millions of dollars to prosecute and persecute two old women grazing a few hundred horses and cows in a desolate desert. 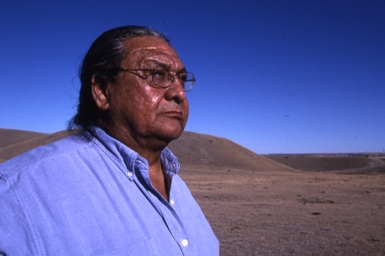 The commission of a symphony inspired by the Lewis and Clark expedition brings together two men: Rob Kapilow, an innovative composer trying to breathe new life into classical music and Darrell Kipp, a Blackfeet Indian poet fighting to save his native language from extinction. Through an artistic collaboration that addresses issues of historical revision and cultural appropriation, they hope to forge a work of art that can better bridge the cultural divide. With humor and grace these unlikely partners together create a work of art to commemorate the bicentennial of the historic expedition from the point of view of Native Americans.
m30afilms.com