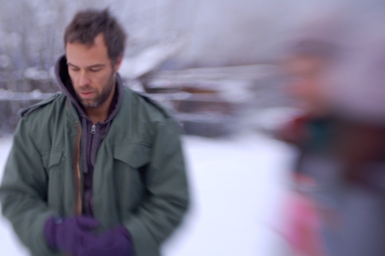 Truman is a lonely, sharp-witted cab driver in Fairbanks, Alaska. His usual routine of picking up fares and spending nights at his favorite bar is disrupted when his girlfriend dumps him on one of the coldest nights of the year. An acid trip seems like a good idea to help numb the pain, but when the trip goes bad after what appears to be a suicide attempt, Truman winds up in a local institution, and even worse, group therapy.

He befriends his fellow patients including a local stripper named Eleanor, and Elizabeth, an amusing elderly woman from the seniors home. Although his visit to the hospital seems like a brief detour in his life, Eleanor and Elizabeth open up a new world to Truman. It might not always be a better world, but it's different, and the emotionally detached Truman finds himself right in the middle of it. At a point in his life when Truman was ready to be a spectator, he may just find himself caring enough to get back in the game. [adult content, language, violence]