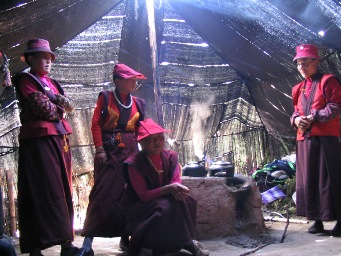 An intimate portrait of a group of Tibetan nuns who are receiving unprecedented educational and religious training and preserving their rich cultural heritage even as they slowly reshape it. From outside the familiar political narratives of contemporary Tibet comes the story of Kala Rongo, a rare and exceptional Buddhist Monastery for nuns. For centuries, monasteries have served as spiritual and educational centers for the people of remote and rural areas. When they were destroyed by the Communist Chinese army between 1958 and 1979, Buddhism was banned, and Tibet's cultural foundations were severely weakened.

Since the 1980s, restrictions have eased and monasteries are being rebuilt, particularly in rural areas. Still, monastic life is mostly available only to men as it has long been believed that educating a woman is a waste of valuable resources. But in Nangchen, all that is changing. Founded in 1990, Kala Rongo Monastery is granting women opportunities they've never had before. [subtitles] 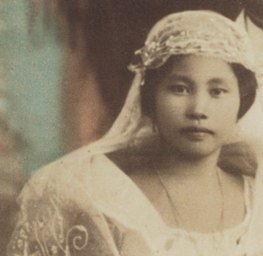 Documentaries
5 minutes
2007
Director(s): Jessica Sison
U.S.A.
Thu 9:40 pm Varsity 3
Fri 10:10 am Varsity 3
Synopsis
Ninety-nine year-old Elena Bautista sits alone in her church in San Francisco. She sings a sad Filipino folk song about a mother who has to tell her young children that she is going to die soon. Elena dances to a Filipino folk dance and then reflects on her long life, her mother's death and her own impending death, which she faces fearlessly.

Through computer compositing, the metaphorical use of color, and the mixing of traditional Filipino music with modern music, the visuals and sound design are as haunting and poetic as the story. Elena's story reminds us that there are people whose only souvenirs of the ones they love are memories.