No End In Sight 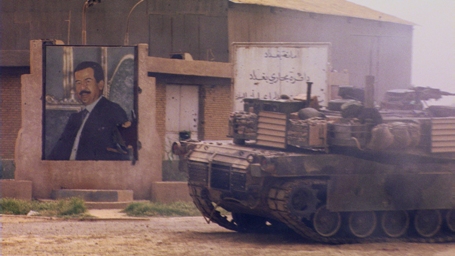 Documentaries
102 minutes
2007
Director(s): Charles Ferguson
U.S.A.
Mon 10:10 am Varsity 3
Synopsis
This Oscar-nominated film is the first of its kind to chronicle the reasons behind Iraq's descent into guerilla war, criminality and anarchy. No End in Sight is an insider's tale of wholesale incompetence, recklessness and corruption. The film provides a candid retelling of the events following the fall of Baghdad in 2003 by high-ranking officials, Iraqi civilians, American soldiers and prominent analysts.
No End in Sight examines the people, issues, and facts behind the Bush Administration's decisions and their consequences on the ground to provide a powerful look into how arrogance and ignorance turned a military victory into a seemingly endless and deepening nightmare of a war. It marks the first time Americans are allowed inside the White House, Pentagon and Baghdad's Green Zone to understand for themselves what has become the disintegration of Iraq. The book, No End in Sight: Iraq's Descent Into Chaos by Charles Ferguson, was subsequently written from more than 200 hours of footage collected for the film. [violence, language, subtitles]