Of Wind and Waves: The Life of Woody Brown 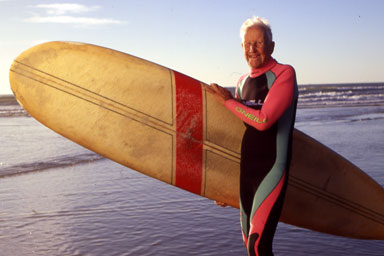 Documentaries
62 minutes
2007
Director(s): David Brown
U.S.A.
Fri 12:10 pm Varsity 4
Sat 3:00 pm Armory
Mon 9:40 am Varsity 4
Synopsis
Ninety-five year-old Maui resident Woody Brown is an extraordinary free spirit. A surfing, sailing and soaring legend, he has lived a life rich in both adventure and accomplishment. Woody has embraced the spiritual connection to nature that sustains traditional Hawaiian culture. His singular sense of joy and remarkable selflessness has made him an inspiring role model for several generations.

Along with Woody's triumphs however, there have been tragedies, including the loss of his wife during childbirth and his decision to leave his infant son and eight-year-old daughter with relatives. It was in the midst of this grief that Woody first came to Hawaii, where his discovery of a profound connection with the ocean and the magnificent land of the islands transformed his life. Some sixty years later, Woody's reunion with his son and daughter has been a powerful force of joy, reconciliation, healing and forgiveness in his life. 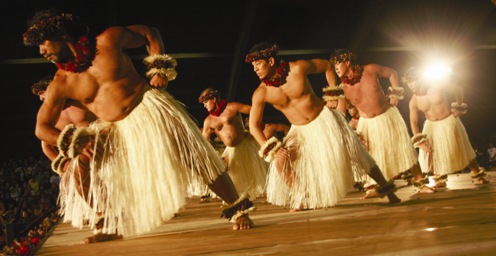 Synopsis
Beyond deep-rooted stereotypes of grass-skirt girls Na Kamalei captures the journey of legendary master hula teacher Robert Cazimero and the only all-male school in Hawaii as they prepare to participate in the worldís largest hula competition, the Merrie Monarch Hula festival. Blending dance and culture with the personal stories of the men, the film tells a story of Hawaiian pride as they celebrate their 30th anniversary continuing the revival of men dancing the hula.
Due to the ban on men dancing during colonial and imperialist rule in Hawaii, female dancers have long dominated hula. Cazimero made it his mission to reclaim the lost masculinity in hula which led him to found Halau Na Kamalei, one of Hawaii's oldest and most prestigious male hula groups. The beauty of the hula is a stunning backdrop to the camaraderie among the members of Na Kamalei as they prepare for the world-renown hula competition. This personal view combined with the historical context shows the men questioning how they see themselves in relation to their respective cultures, their families and friends.
lehuafilms.com