One Minute to Nine 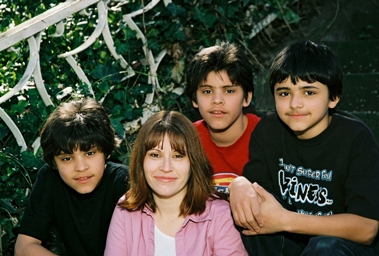 After eighteen years of marriage and continued abuse, Grants Pass, Oregon resident Wendy Maldonado finally summoned the courage to call the police and ask for help after her eldest son was beaten yet again. When the police arrived, they found Wendy and her bloodied son standing in the driveway. Despite this and insistent pleas from her neighbors, the police did not intervene. In despair, Wendy felt forced to fend for herself and for her children.

Wendy pleaded guilty to first-degree manslaughter. Given one week to settle her affairs, One Minute to Nine chronicles Wendy's last five days as a free woman, and incorporates the family's own home movies to tell this haunting and touching story. In the process, the film asks these uncomfortable questions: Was the murder justified? Was justice done? [adult content, language, violence, subtitles]