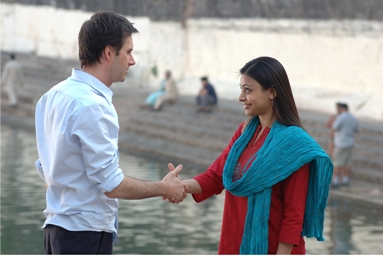 Features
104 minutes
2007
Director(s): John Jeffcoat
U.S.A.
Fri 6:00 pm Varsity 1
Sat 9:00 pm Varsity 1
Mon 3:00 pm Varsity 1
Synopsis
Thirty-two year old Todd manages a customer call center in Seattle until he gets the bad news from his boss: his job has been outsourced. Adding insult to injury, he must go to India to train his own replacement. The chaos of Bombay assaults his senses and his new office there is paralyzed by cultural misunderstandings.

As he gets to know his co-workers, Todd finds them thoroughly likeable, including his friendly replacement, Puro, and the charming, opinionated Asha. In this modern day comedy about cross-cultural conflict and romance, a man realizes that he has a lot to learn- about India, America and himself- and that being outsourced may be the best thing that ever happened to him.