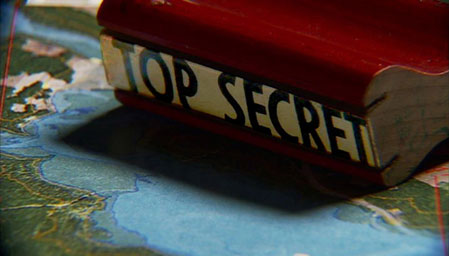 Nominated for a Grand Jury prize at the Sundance Film Festival, Secrecy, examines the government's ability to put information out of sight if it would harm national security and explores the tensions between our safety as a nation, and our ability to function as a democracy. This seemingly faceless subject is brought to life through animation- mostly an almost wood-block expressionist kind. The animator not only illustrates of what we are not allowed to see, but also invokes a more associative kind of imagery.

When a newspaper found out the government was tapping Osama Bin Laden's satellite phone and told the nation, did citizens benefit from that knowledge- even though Bin Laden ceased to use the phone and access to his terrorist plans ended?  Should a law based on an early 1950's government cover-up support 600+ Supreme and Circuit Court decisions allowing the U.S. government to keep information from its citizens? Witness the experiences of lawyers, CIA analysts and a former naval officer for whom secrecy becomes a matter of life and death.

At the 3p Friday screening of Secrecy, former JPR talk show host Jeff Golden will lead a post-film conversation with his long time friend filmmaker Robb Moss and the audience.