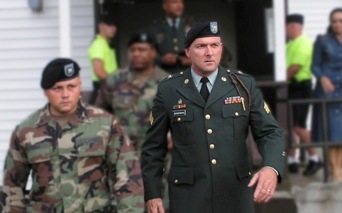 Their country asked them to kill. Their hearts asked them to stop.  For soldiers, this is not a matter of abstract philosophy. It is a personal, immediate and bloody responsibility. How do they, as soldiers and as human beings, make life and death decisions that they will never be able to forget or undo? Soldiers of Conscience looks at the morality of killing in war, through the experience of combat veterans.
From basic training, where they learn to "kill without mercy" to the real life experience of war during the current conflict in Iraq, the film follows the stories of individual soldiers, some who have killed and others who said no, as they reveal their inner moral dilemma over killing in combat.  Made with official permission from the U.S. Army, this film transcends the usual rhetoric of politics to reveal the human truth that all of our soldiers are soldiers of conscience, wrestling with the life-changing questions of choosing to kill or resistance. [adult content, violence]