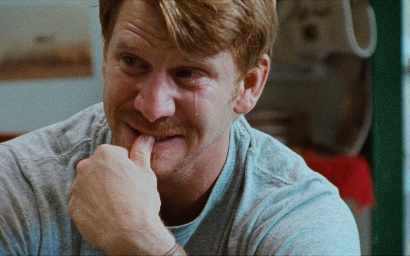 Ben Patchett joined the Army Reserves to pay for his college education. A month before he completed his obligation, his Reserve unit was deployed, and Ben was sent to Iraq, ill-prepared for battle. He returned home traumatized by his experiences, with a body full of shrapnel from a mine explosion and experiencing post-traumatic stress disorder.

Nick Jones, just a year out of college, half-heartedly pursues a career in documentary film. The two meet when Nick volunteers to videotape an Iraqi War veterans' support group at a local V.A. clinic. A wary but ultimately tender friendship evolves between these two very different men. Superheroes follows the course of this friendship, juxtaposing it with scenes of the vets' support group, to explore the human toll of war, and the limitations of redemption. [adult content, language]