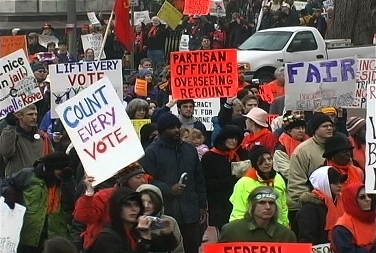 Is the fraud that changed the outcome of the 2004 election and led to even greater fraud in 2006 now looming as an unbridled threat to the outcome of the 2008 election? This controversial film examines in factual, logical, and startling terms how easy it is to change election outcomes and undermine election integrity. Enraged voters across the country have turned their anger into citizen activism to safeguard the vote.

Eyewitness accounts from whistleblowers are backed up by election experts in revealing how Jim Crow tactics, electronic voting machine security breaches, vote count manipulation, and illegal behavior by a major voting machine manufacturer all threaten the very core of our democracy. Democrats, Republicans, business leaders, elected leaders, and rank and file voters are all part of a growing movement in America to correct an election system gone bad. Beyond increasing public awareness about the disturbing disregard for the right to vote in America, the film inspires greater involvement in fixing a broken electoral system.