In this intimate portrait of destiny, passion, and loss, Irina Markova, a solitary Russian poodle trainer, reveals her transcendent relationship with her dogs, the childhood tragedy that sparked a lifetime of working with animals, and the welcome isolation behind the red velvet curtains of the circus. See director Vance Malone's other film Axioms of a Dishwasher. 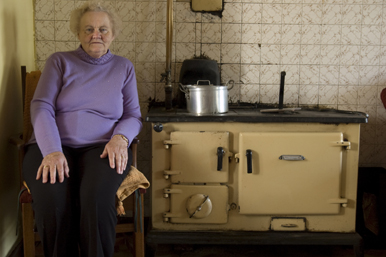 The film opens with an Irish proverb: "A man loves his girlfriend the most, his wife the best, but his mother the longest." The film goes on to explore relationships between women and men by visiting moments from the lives of 70 female characters. Told sequentially through a mosiac of voices from girls and women from the very young to the very old, the film combines observation and imagination to illustrate a funny, charming and universal love story. Shot in hallways, living rooms and kitchens across the Irish Midlands, the story delivers a subtle and unique perspective on sharing life's journey with another. See director Ken Wardrop's other film The Herd.