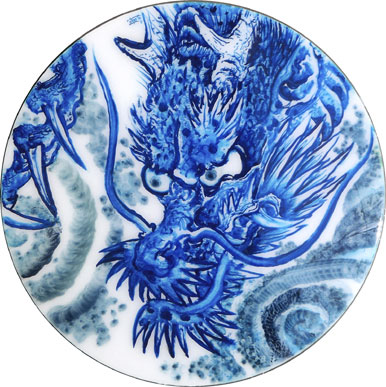 Special Event
120 minutes
Director(s):
Synopsis
The Reception:Saturday, April 10, 6–8pBohemia Gallery, 552 A StreetShow begins with First Friday opening 4/2 and runs through April
Ed Hardy's highly regarded Buddhist and Shinto inspired designs have helped bridge the gap between Asian and Western Art. Since retiring from tattooing, he has concentrated on fine art, including printmaking, drawing, and painting. Hardy will be at the April 10 reception.

The Film:Ed Hardy: Tattoo the WorldSaturday, April 10, 3p; Sunday, April 11, 9:30a
The new documentary is the fourth to be featured at the AIFF by director Emiko Omori. Her film chronicles the life and art of Ed Hardy who will join Omori on stage following the screenings to field audience questions.

Ashland welcomes the Southern California native whose tattoo-based art is literally worn by people around the world. Ed Hardy revived a childhood passion and underwent a tattoo apprenticeship while receiving a B.F.A. degree in printmaking at the San Francisco Art Institute. Tattooing professionally, he developed the fine art potential of the medium with emphasis on its Asian heritage. In 1973 he lived in Japan, studying with a traditional tattoo master as the first non-Asian to gain access to that world and went on to popularize the Japanese style of tattooing in America. In 1986 he moved to Honolulu and resumed painting, drawing, and printmaking. Although retired from body painting, Hardy continues to work with younger artists to evolve and carry on his unique art. His work has appeared in numerous periodicals, books, and films internationally. Since licensing over a thousand of his images in 2005 to Los Angeles designer Christian Audigier, his classic tattoo art is seen globally on millions of products. He now focuses his work on painting, printmaking, and ceramics.