Documentary
15 minutes
2011
Director(s): Robert James, Ondi Timoner
USA
libraryofdustmovie.com
Thu 3:20 pm Varsity 2 RUSH
Fri 3:20 pm Varsity 2 RUSH
Sat 12:20 pm Varsity 2 RUSH
Sun 3:20 pm Varsity 2 RUSH
Synopsis
A tour of the Oregon State Hospital involving the local press and a State Senator was conducted to uncover the deplorable conditions of the facility, filming location of One Flew Over the Cuckoo's Nest. What they didn't expect to find were thousands of corroded copper urns containing the cremated remains of unclaimed psychiatric patients, some dating back to the late 1800's. Over the century, the canisters were exposed to water, resulting in a wildly colorful corroding effect on the cans. Artist David Maisel captured beautiful photographs of these enigmatic vessels in an art exhibit and book. See [page 19] for the Gallery Show "Library of Dust" at Bohemia Framing and Fine Art where six of Maisel's stunning color photographs will be displayed from April 1, First Friday throughout the festival.
Playing with ...
Bye Bye Now!

Documentary
15 minutes
2009
Director(s): Aideen O'Sullivan, Ross Whitaker
Ireland
Thu 3:20 pm Varsity 2 RUSH
Fri 3:20 pm Varsity 2 RUSH
Sat 12:20 pm Varsity 2 RUSH
Sun 3:20 pm Varsity 2 RUSH
Synopsis
The Irish "phone box", aka phone booth, has gone from the center of society to the verge of extinction. Until the 1980s, most houses in Ireland were without telephones. The humble phone box was the chosen method of instant communication— at the heart of many lives. However, evolving technology led the way for the demise of the phone box which is now on its way out. A road trip around the country leads us to wonderfully quirky characters who recount their memories of the small concrete structure that was so important in rural Ireland—in this lighthearted tribute to the recent past.
Saving Pelican 895 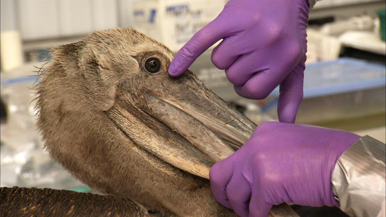