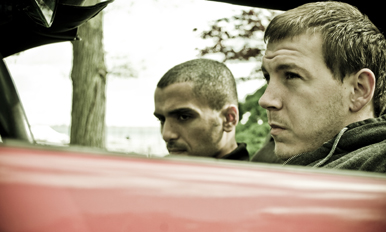 A conflicted young Palestinian from the Gaza Strip—Hassan—lands in Detroit on a covert quest to avenge his brother’s death. He moves in with his estranged sister Nadia and their bluecollar uncle and aunt who are proud of the American dream they have built for themselves. When Hassan unwittingly befriends Chris, a lonely and charming meth addict, the two form an unlikely bond.
Chris is introduced to the family and is persuaded to clean up his act during the holy month of Ramadan. Nadia takes a liking to him and the two slowly form a relationship unbeknownst to Hassan. When Chris’ sobriety is threatened, Hassan takes extreme measures to ensure his success, ultimately making a decision that will haunt him. When the secret relationship of Chris and Nadia comes to light, as well as the true reason for
Hassan’s journey to the U.S., everyone is tested, and no one will be unchanged.