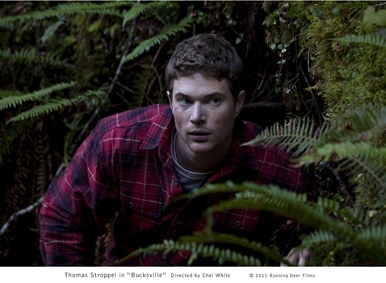 25-year-old Presley grew up in a small town in the Pacific Northwest in the shadow of his father and a secret militia called The Lodge. Along with his cousins, he is committed for life to participate in the group's self-appointed mission of justice and punishment. He’s had long time desire to leave Bucksville but leaving The Lodge has never been an option for any of its members. When the group forms connections to a national militia with an extremist right wing agenda, Presley must decide whether to break family bonds or become an accomplice.

The film eerily delves into the realm of ethics and the militia movement, within the context of family conflicts over loyalty and love. Haunting and frank, it ponders the fine line between good and evil in a rural setting that is both beautiful and dark. [violence]