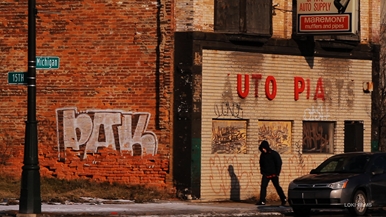 Detroit was the birthplace of the middle class, the utopia where anyone who worked hard could experience the American Dream. Today, Detroit is at its tipping point, both financially and spiritually. 100,000 homes have been abandoned, and its population is lower than at any time in the past 100 years. Forty square miles within the city stand vacant. City officials are attempting to consolidate and relocate thousands of its remaining citizens as they cut basic services.

While racial tension, globalization and greed have led to this moment of truth, artists and curious outsiders flock to the city in search of history, inspiration and opportunity. This gorgeous verité documentary follows a blogger, a club owner, an auto union rep, an operatic impresario, and a band of illegal salvage scrappers. The inevitable question is whether this storied metropolis has the courage, creativity and grit to reinvent itself in the face of new realities. [language]

Playing with ...
Kyle Kinser: Made In Makanda 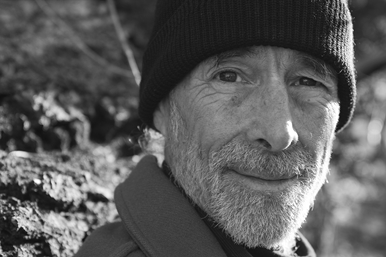 In an isolated Illinois forest, Kyle Kinser, one of the last master woodworkers, wanders in search of fallen trees out of which he makes beautifully conceived minimalist furniture pieces. This tactile film celebrates the humanistic pleasures to be found in one-of-a-kind goods in a world of mass production.

TBA 1: DETROPIA/Kyle Kinser: Made In Makanda

minutes
Director(s):
Mon 12:20pm Varsity 2 RUSH
Synopsis
TBA Explanation
This year we have reserved three time slots on Monday, April 16th for films that may require additional screenings due to ticket demand that exceeds our initial availability.
THANKS TO OUR SPONSORS