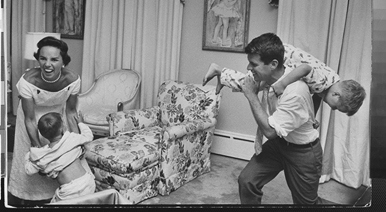 A relatively untold story of the Kennedy family – the remarkable life of Ethel Kennedy – unfolds through many never-before-seen images, and intimate interviews only a daughter or sister could conduct. Rory, the Emmy Award-winning director, paints a portrait of her mother’s political awakening, the life she shared with attorney general, senator and presidential candidate Robert F. Kennedy, and the years following his death when she raised their 11 children on her own. The campaigns, the Cuban missile crisis, the assassinations and numerous stories come into focus.

Recounted memories of this famously private widow and her children combine with rare film footage to tell of a political dynasty strengthened by family bonds and reveal the challenges of withstanding grief over the deaths of so many loved ones. Ethel’s compassion and wisdom forged through triumph and hardship are unveiled in this personal portrait of public family.