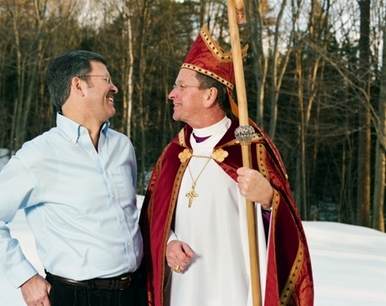 A man’s two defining passions are in direct conflict: his love for his partner, Mark, and his love for God. Gene Robinson is the first openly gay person to become a bishop in the historic traditions of Christendom. His consecration in 2003, to which he wore a bullet-proof vest, caused an international stir and he has lived with death threats ever since.