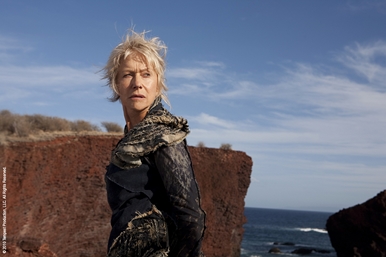 In Julie Taymor's version of this Shakespearean favorite, the main character is now a woman — Prospera (Helen Mirren) — the duchess of Milan. When her husband dies, his brother Antonio (Chris Cooper) accuses her of killing him with witchcraft. He makes the accusation to be rid of Prospera and claim her royal title. She is cast off on a raft to die with her four-year-old daughter Miranda. They survive, finding themselves stranded on an island where the beast Caliban is the sole inhabitant. Prospera enslaves Caliban and claims the island but the power struggle and balance between them is not about brawn in this adaptation, but about intellect.

After 12 years the king of Naples sails back to his kingdom from the marriage of his daughter to the prince of Tunisia. Prospera, seizing her chance for revenge, causes a tempest, wrecking the ship and stranding those on board on her island. A visually stunning adaptation of Shakespeare’s supernatural classic. [adult content]

Join the director Friday, April 13, 6p for Essential Transformation: In Conversation with Julie Taymor; and Sunday, April 15, 7:30p for the Awards Celebration where Taymor will receive the Artistic Achievement Award.