WE ARE LEGION: The Story of the Hacktivists 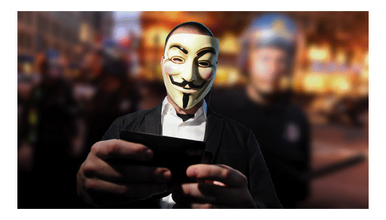 Anonymous, the radical hacktivist collective that has redefined civil disobedience for the digital age, have launched various cyber-attacks or “raids" on hundreds of targets from Visa and Paypal in protest of the Stop Online Piracy Act, to Scientology and WikiLeaks. They have taken down police and government domains, compromised corporate servers, dumped files, seized millions of internal documents from security companies, and handed over numerous private emails and passwords. They have also worked to keep the internet operating in the face of frustrated dictators during the Arab Spring.

The film takes us inside the world of Anonymous through interviews with current members, writers, academics, and activists, and traces the collective's evolution from often hilarious and unruly prankster beginnings to a full-blown movement with global reach. [adult content, language]

Playing with ...
A Declaration of Interdependence 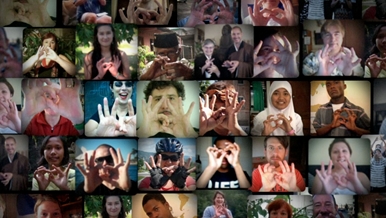 Using the Declaration of Independence as inspiration, the filmmaker posted a script online and invited Planet Earth to participate in a crowd-sourced film about our Interdependence. Submissions poured in from around the world, in over 50 languages. This exhilarating global mash-up demonstrates the vast potential of creative collaboration today.