We Live in Public 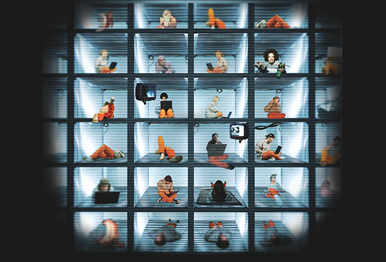 Ten years in the making and culled from 5,000 hours of footage, the effect the web is having on our society is revealed through “the greatest Internet pioneer you’ve never heard of,” artist and visionary Josh Harris. His tumultuous life is captured in this riveting, cautionary tale of what to expect as the virtual world inevitably takes control of our lives.

Harris, “Warhol of the Web,” staged a groundbreaking project in an underground bunker in New York City where over 100 people lived together on camera for 30 days. He explores how we willingly trade our privacy for the connection and recognition we all deeply desire. Through his experiments, including a six-month stint living with his girlfriend under 24-hour electronic surveillance, Harris demonstrated the price we pay for living in public. [adult content, language]

Join the director Saturday, April 14, 6p for Breaking Boundaries: A Conversation with Ondi Timoner; and Sunday, April 15, 7:30p at the Awards Celebration where Timoner will receive the AIFF Rogue Award.