You Have the Right to an Attorney 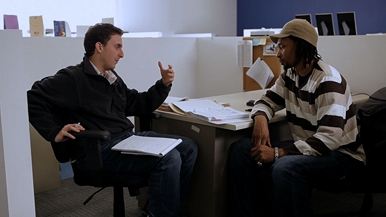 You Have the Right to an Attorney from Fly's Eye Films on Vimeo.

Two young and idealistic public defenders in the South Bronx struggle on a daily basis to serve a never-ending tide of impoverished clients while hoping that their work might change a system they consider broken. This poignant film observes their attempt to persevere, one case at a time. [language] 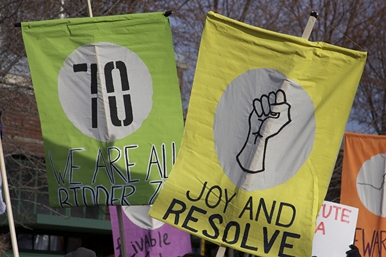 In 2008 Tim DeChristopher, a University of Utah student, disrupted the Bush Administration's last minute controversial BLM Oil and Gas leasing auction. Posing as Bidder #70 Tim bid $1.7 million and won the rights to 22,000 acres of pristine Utah land he had no intention of paying for — or drilling on. The act drew national attention to America's energy policy and criticism of the BLM's management of public lands, and gave the incoming administration time to invalidate the auction. Federal charges, years in prison and fines of $750,000 were also very possible.

Refusing to compromise his principles and rejecting numerous plea offers by the prosecution, Tim is willing to sacrifice his own future to bring the issue to national attention. This personal story is surrounded by a wider context of citizen action, the history of peaceful civil disobedience and grass roots movements demanding government and industry accountability.