WILLIAM AND THE WINDMILL 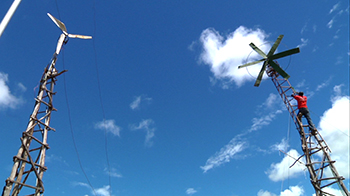 This is the story of a complex young man facing unimaginable challenges, including poverty, famine, and lack of an education, at the same time that he’s being thrust head-on into the Western world. Staggering opportunities and newfound village responsibilities lead to unforeseen conflict, stress, and cultural isolation. As William struggles with his promising future, he privately yearns to distance himself from his famous windmill and to be recognized for who he is and what he may become, rather than for the great things he has already achieved. [subtitles]
THANKS TO OUR SPONSORS