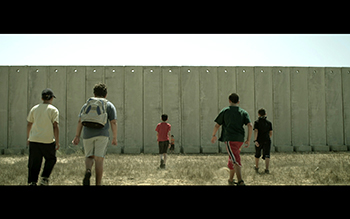 Shorts
23 minutes
2012
Director(s): Khen Shalem
USA & Israel
Thu 3:20 PM Varsity 2
Fri 9:50 AM Varsity 2
Sun 12:20 PM Varsity 2
Mon 10:10 AM Varsity 3
Synopsis
Alienated from his friends and haunted by his brother’s death, a young Israeli boy sparks an unusual friendship with a Palestinian boy from the other side of the West Bank separation wall. However, as the political divide intensifies, can this wordless, and unseen, relationship overcome the seemingly inevitable escalation of conflict manifested by the wall’s towering presence? [subtitles]
Playing with ...
Before the Spring After the Fall 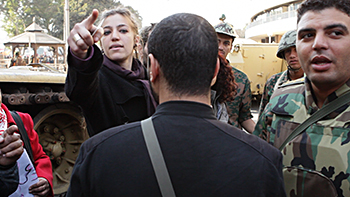 In 2008 the filmmakers were following a group of young heavy-metal musicians in Egypt who offered an unconventional perspective on the Muslim world. Oppressed by a government that banned their music, the kids struggled to retain a small bit of freedom. Then one spring, Hosni Mubarak’s 28-year grip on the country was broken, and what had been a story about the struggle for the right to free expression — the right to rock — became a story about the battle for the future of Egypt.

Before the Spring After the Fall portrays a few remarkable young people —sons of a jailed political dissident and the leader of the only female metal band in the Middle East — as they seek to reshape their country, defining themselves as individuals in the process. With their music as the soundtrack, we follow them into a transformed world, where the political becomes the personal, where uncertainty is the only constant. [subtitles]
Bite of the Tail 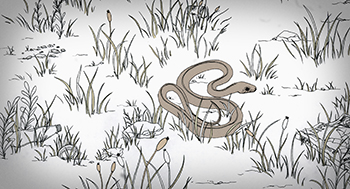 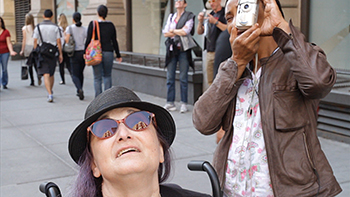 Synopsis
Photographer Flo Fox has been documenting the streets of New York City since the 1970s. Now in her sixties and battling multiple sclerosis, lung cancer, and visual impairment, Flo still maintains her feisty spirit and sense of humor. No longer able to hold a camera, she instructs her attendants how to take photos for her. As a hot, young “chick,” she never minded using her looks to get what she wanted; these days she leverages her disability.
Juried and Audience Award Winning Shorts 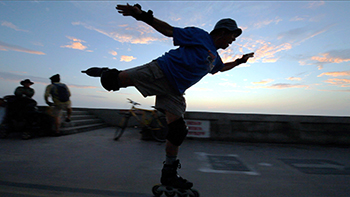 Documentary
16 minutes
2013
Director(s): Josh Izenberg
USA
Sun 12:00 PM Armory
Mon 10:10 AM Varsity 3
Synopsis
Depressed and frustrated with his life, Dr. John Kitchin abandons his successful career as a neurologist and moves to Pacific Beach, CA. There, he undergoes a radical transformation, changing his name to Slomo and trading his lab coat for a pair of rollerblades. Some think he’s crazy. Others think he’s a genius. Either way, it’s impossible not to be taken with Slomo’s charisma and unique approach to the puzzle of existence.
The River 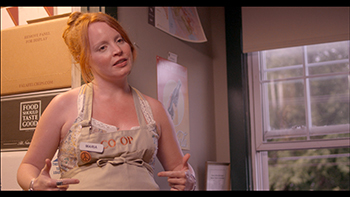