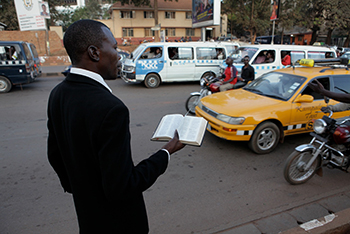 God Loves Uganda gives viewers unprecedented access to people at the center of the controversy, including a preacher who whips his congregation into mass hysteria with anti-gay rhetoric, enthusiastic Midwestern missionaries who clash with world-weary Ugandans, and a heartbreaking interview with gay activist David Kato shortly before his murder. Conflicting motives are revealed — of faith and greed, ecstasy and egotism — among Ugandan ministers, American evangelical leaders, and other foot soldiers of a theology that sees Uganda as ground zero in a battle for billions of souls. [mature, subtitles]
Playing with ...
Juried Award:Best Documentary