A Conversation with Ty Burrell 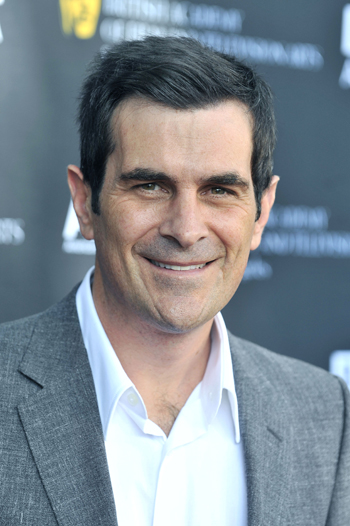 You know Phil Dunphy — the funniest father on television. Goofy and geeky, trying hard to be the cool dad… But do you know Ty Burrell, the man behind Phil? The Emmy® Award–winning performer who grew up in Ashland, graduated from Hidden Valley High School in Grants Pass, and who credits his alma mater, Southern Oregon University, with his development as an actor?

Ty has appeared in blockbuster hits such as Black Hawk Down (2001), Dawn of the Dead (2004), and The Incredible Hulk (2008), and is the voice of Mr. Peabody in Mr. Peabody & Sherman, now playing in theaters. He has also had roles on Broadway and off, from New York’s Union Square Theater to London’s Royal Court Theatre. This year, the AIFF is elated to present a 2014 Rogue Award to this homegrown talent. Welcome back, Ty!

Join Ty and his childhood friend, Miles Inada, Professor of Art and Emerging Media at Southern Oregon University, for what is sure to be an insightful, irreverent, and thoroughly entertaining discussion of acting (“the least rational career possible”) and playing soccer in first grade — as well as a Q&A with the audience, and other surprises!

Ty will be presented with his AIFF14 Rogue Award during the Conversation on Saturday April 5th at 6pm.