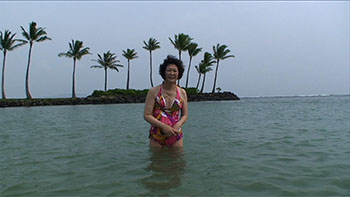 Documentary
70 minutes
2014
Director(s): Ian Thomas Ash
Japan, USA
minus1287.com
Thu 12:10 PM Varsity 4
Fri 6:10 PM Varsity 4
Sat 3:10 PM Varsity 4
Sun 12:10 PM Varsity 4
Sun 6:10 PM Varsity 4
Mon 09:40 AM Varsity 4
Synopsis
What will your last words be? After she learns she is going to die, Kazuko faces her own mortality in deeply intimate on-camera conversations. She challenges Japanese cultural and social norms by speaking candidly about her own life and impending death. As she nears the end, she grapples with what it means to be honest and live happily. Her observations about love, money, and marriage reveal the ever-deepening intimacy of Kazuko’s relationship with the filmmaker, and, through his compassionate eyes, with us. A luminous portrait in courage, the film invites us to consider our own lives ... and deaths. [subtitles] 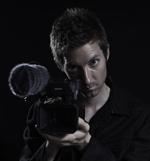 Director’s Statement: Ian Thomas Ash
This film began when my friend Kazuko told me she was dying. Her doctor had told her she had just three or four years left to live. We talked often during her final years, and I eventually asked if I could film our conversations. While at times she seemed to struggle with knowing that she was going to die, she also knew that she had no time to waste. I was intrigued by the ways in which Kazuko’s thinking and the way she described those thoughts changed over time. And I was deeply moved when she shared with me what the process of making the film itself had meant to her, particularly in the last months of her life. Shortly before she died, Kazuko whispered to me, “I never thought you would come this far with me.”
THANKS TO OUR SPONSORS