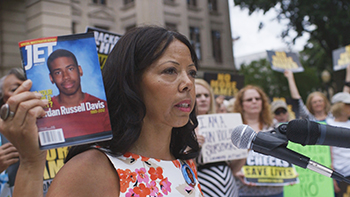 Documentary
98 minutes
2015
Director(s): Marc Silver
USA
takepart.com/three-and-a-half-minutes
Thu 3:00 PM Varsity 1
Fri 12:00 PM Varsity 1
Sat 09:30 AM Varsity 1
Synopsis
3 1/2 Minutes dissects the aftermath of the murder of a law-abiding, middle-class black teenager, 17-year-old Jordan Davis, and the trial of the middle-aged white man, Michael Dunn, who killed him. Dunn fired a gun ten times at Jordan and his friends for playing their music too loudly at a Florida gas station. Exclusive footage from Dunn’s police interrogation, his murder trial, and conversations with his girlfriend who was with him in the car are intercut with intimate scenes of Jordan’s grieving parents and friends. Calling into question Florida’s controversial “Stand Your Ground” law, this powerful film reveals the human side of grief and loss, the devastating effects of racial bias, and the search for justice inside and outside the American judicial system. [mature] 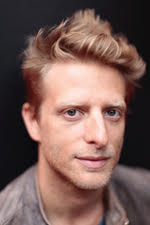 Director’s Statement: Marc Silver
I made 3 1/2 Minutes because I was fascinated by how racial profiling, gun rights, and self-defense laws came together to tragic effect. Jordan’s murder was not tried as a hate crime, and many denied race was a factor. Meanwhile, on the streets and in the media, the case was all about race. To me, Michael Dunn symbolizes racism in the US, which brands itself as postracial but has never overcome its long history. We cannot continue upholding the myth that racism is over; we need to name the mess we are in if we are ever going to emerge.
THANKS TO OUR SPONSORS