Back on Board: Greg Louganis 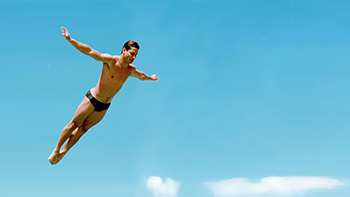 Documentary
87 minutes
2014
Director(s): Cheryl Furjanic
USA, United Kingdom, Australia
louganisdoc.com
Sat 6:00 PM Armory RUSH
Synopsis
In 1988, Greg Louganis became the first man to sweep the diving events in consecutive Olympic games. His legendary grace, beauty, and courage sparked a worldwide fascination with diving. This thoroughly engaging film reveals the complicated life of the pioneering, openingly gay athlete who revealed his HIV-positive status, at great risk to his career. With unprecedented access to the four-time Olympic Champion, here is an intimate portrait of a still vital athlete as he reevaluates his life and reemerges on the world stage to combat prejudice, promote respect, and mentor a new generation. 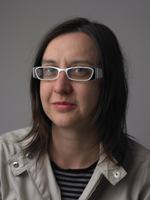 Director’s Statement: Cheryl Furjanic
My producer, Will Sweeney, and I thought it was crazy that there wasn’t a recent feature documentary about Greg’s story. Especially one that introduces Greg to younger audiences who haven’t heard of him. We want this film to cement Greg’s legacy and importance in sports history, LGBT history, and the history of the HIV epidemic. And in many ways, I think of this film as a letter to my 16-year-old self — an effort to create LGBT media that I wish had been available to me growing up.


Special Screening: Tickets are $15 for the General Public / $8 for Students