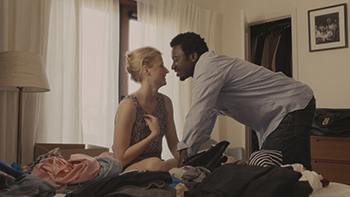 Feature
89 minutes
2014
Director(s): Amanda Marsalis
USA
Fri 12:40 PM Varsity 3 RUSH
Sat 10:10 AM Varsity 3
Sun 12:40 PM Varsity 3 RUSH
Synopsis
Sophie (Mamie Gummer) leaves her seemingly perfect yet predictable life in Beverly Hills, and tries to get some perspective by moving to Echo Park, a gentrified neighborhood of artists and young professionals mixed with working-class Latino families and elderly pensioners. She meets Alex (Tony Okungbowa), a British expat musician who is giving up his bohemian existence to move back to London for a high-paying corporate job. The two are inexplicably drawn to each other as they explore and discover the charms of Echo Park and its residents. As Alex’s departure draws near, their connection to each other and their eclectic neighborhood forces them to reassess where they belong. 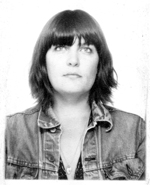 Director’s Statement: Amanda Marsalis
An email arrived out of the blue asking if I would like to direct a movie. The script was about my neighborhood: Echo Park. Where I live. I could not believe it. It was so serendipitous. I wanted to look into a moment in someone’s life. Transition. Intimacy. Hope. I was lucky to find Jason McCormick, my cinematographer, and then Mamie Gummer, who became my muse. It was extraordinary, all the help and support that followed. I am used to the much more solitary act of taking a photo. I was surprised at what a pleasure it was to collaborate. I learned so much. I put myself into the film. My furniture, my photos, my friends, my neighborhood. I used everything I had.
THANKS TO OUR SPONSORS